Signage: A Need For Every Service

Home > Articles > Signage: A Need For Every Service

Global industrialization has been increasing in scale in the years that have recently passed, however, it is at its peak in the year 2020, despite everything that has been going on. Consumer market doesn’t stop, it only alters its ways and means to get to products and services that are available. But business services are not everything that a signboard signifies. It encompasses every service in this industry and many more.

What is considered as compulsory signage?

And other areas of work that can pose a threat to life in case of exposure to the same. These signboards are slightly different. The difference is subjected to the country the said sign is set in. Construction signage in Sydney is predominantly textual but marked with different colours to distinguish whereas construction signage in America follows the one-word per sign system. This system is followed by multiple other countries across the Asian continent as well.

What is non-compulsory signage?

Any sign which a business advertises to increase profits, to increase their customer base or both is considered non-compulsory signage. They aren’t government ruled but are rather a personal choice.

There are multiple kinds of business-oriented signs which include indoor and outdoor. They have multiple sub-categories based on what those signs are aimed at. Backlit signs are mostly used since they are a long-term investment that works well both during the day and gives an attractive allure during the night. These are mostly adopted by shops and eateries.

What is signage made of and why does it matter?

Signage material, similar to the type of sign, is subjective to the kind of area it is set up in. Different countries have adapted to using different materials based on their availability of material for the same. The most common types of material used are acrylic signs for indoor signage, aluminum for shop fronts and banners, carved wood for entry signage, and metal signs. Signage companies in Melbourne are using vinyl to make banners and signs for businesses nowadays. As mentioned previously, backlit signs make use of neon lights which give an added special touch to the entry of the business or shop. Any help to increase the customer base is much needed.

A sign can add a great deal to a business but also help evade a hazard. Most of the government authorized signage in areas of possible accidents is put up based on the study of previous accidents and to avoid further ones too. It also helps in warning against any entry in restricted areas. 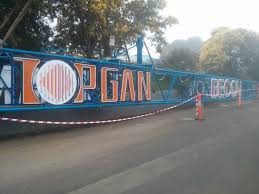